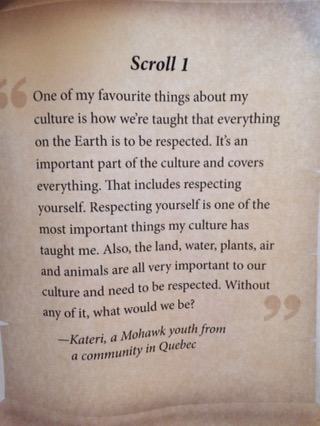 “Honesty is the best policy” is an adage that has been kicked to the curb openly of late.  The “alternative truth” is the actually emerging as “a thing”.   I was brought up with several “alternative truths,” but even as a young child I identified them as nothing more than lies.  I also knew that championing the truth was futile in some cases.  It was better not to ask questions.  However the question “why” didn’t disappear.  The people that I most trusted and respected were the people who told me the truth.

The ability of the “alternative truth” to survive, depends largely on the power of the person or institution serving it up as the truth, and how desperately they strive to sustain it.  However the quest for truth  is an long established practice.  The imagery of light is also used to explore the notion of truth, throughout many religions and social justice groups.  If something can bear scrutiny, we can hopefully re-emerge better – more just, more empathetic, more inclusive, more willing to identify similarities and more willing to value differences.

The study of history and political science in university taught me how to adopt a position, create an argument and then switch sides.  The facts and arguments you chose to expound or omit, allowed you to take both sides.  Yet, sometimes the facts were significant enough to define the truth or reality of that time in history.  There is no alternative truth.  Sometimes there are just fears and insecurities that allow people in power to manipulate with Machiavellian intent.  Our minds easily shift to south of the border, pre-World War II Germany or apartheid in South Africa.  Our minds don’t as easily shift to our reality as Canadians.  The Chinese Head Tax, the internment of the Japanese and treatment of our Indigenous people are all examples of that same Machiavellian policy that grew out of fears and insecurities.  Yet, if we never explore our history, we can never understand our current realities or a path to move forward based on understanding rather than ignorance.

I had an amazing week of professional learning this week thanks to Brad Baker and his team of inspired educators from the North Vancouver School District.  My friend, Latash (Maurice) Nahanee, was the first person to ever help me begin to understand the legacy of residential schools and other forms of institutionalized racism.  The Truth and Reconciliation Commission of Canada brought the conversation into mainstream.  People such as Martin Brokenleg, DeeDee DeRose and Don Fiddler  have done an amazing job of helping us to understand why Aboriginal Education is necessary for us to understand our own history and the importance of changing our relationship with Aboriginal families.

On Wednesday night, Brad Baker presented at a PDK dinner meeting for instructional leaders.  He explored some of the ways how we can move beyond tokenism and engage in meaningful Aboriginal education for all of our students throughout the year.  This can be a basic as including an acknowledgement that we live, work and learn on Aboriginal lands.  Yes, this does mean that we need to find out who were the Aboriginal people that first lived on the lands we now inhabit.  Although I grew up in Vancouver and studied history, I learned relatively recently that I grew up on the ancestral lands of the Musqueam, Squamish and Tsleil-Waututh.

On Friday at the Professional Learning Rep Assembly for BCPVPA (British Columbia Principal and Vice Principal’s Association), I participated in the Blanket Activity for a second time.  This activity is very powerful and includes excerpts from government documents and statements from Aboriginal people.  Participants begin standing on blankets that represent Turtle Island in Ontario.  Blankets are manipulated or removed as the story unfolds, as are the people on them.

I participated in this activity for the first time as part of district professional development.  I read passages both times, that reflected Aboriginal voice.  This made both experiences very personal.  However the first time I participated, I was removed from the group relatively early when land was encroached upon and my blanket was removed.  From outside the circle, it became more of a cerebral experience.  On Friday, I was never removed from the circle.  I watched as others were lost to disease, residential schools, placed on reserves or lost status because they left the reserve.  The experience remained very personal and the feeling of waiting for “my turn” ever present.  I can’t imagine anyone participating in this activity and not empathizing with the fate of these participants in our collective history.

Brad Baker emphasizes when he speaks that goal of Aboriginal Education is not to inspire guilt but understanding.  Laura Tait’s video about The Principles of Learning is on my repeated watch list to focus my attention on looking at the world through an Indigenous lens. The inclusion on these principles in the new BC curriculum provides a meaningful way to engage students in learning that has taken place over thousands of years.  There is no “alternative truth” to what happened in our history.  Let’s participate in Jan Hare’s MOOC at UBC – Reconciliation Through Indigenous Education , keep talking and and learning, and step away from judgments and thinking that obscure a respectful path forward.  Most of all, to quote Brad Baker – “Go Forward with Courage!”