My friend, David Hutchison, is working on his seventh draft of The Witches’ Malice.  I was honoured when he asked me to read the manuscript and give him feedback.  I was not entirely certain what that feedback should look like in order to be meaningful.  Years ago when I went to teach in China, I started to write my first blog.  I’ve written journals for my entire life but I’d never done anything so public.  I got lots of positive feedback which I found very empowering.  I did have one person comment that I must have been SO embarrassed that I spelt the word “massage” wrong repeatedly.  The spelling error was easily corrected.  The slap in the face wasn’t.  I very much wanted my feedback to be constructive and delivered respectfully.

My first strategy was to sit down with two different coloured highlighters.  One for mechanical errors and suggestions.  One to highlight strong description, powerful language and other elements that I thought were particularly well done.  This system quickly fell apart.  It slowed down my reading and enjoyment of the book.  It also focussed my attention too strongly on the mechanics and search for required corrections.  It felt like marking.  I decided I needed to adopt the stance of a reader and allow my perceptions to come out of that.

When we met to discuss the book, I chose a greasy spoon in East Van with spray paint on the walls and head banger music on the juke box that had survived from the 50’s.  It seemed like a plausible setting for witches plotting malice.  The conversation was about the biblical references to fallen angels, the Shakespearean witch, the depiction of experiencing loss through death, the root of malice, the building of belief and characterization.  It was fun!  Thanks to David for the experience and the honour and the greasy spoon breakfast in the witches’ den.  I believe that Hemingway did 49 drafts of Farewell To Arms.  Perhaps we’ll be doing it again 😀 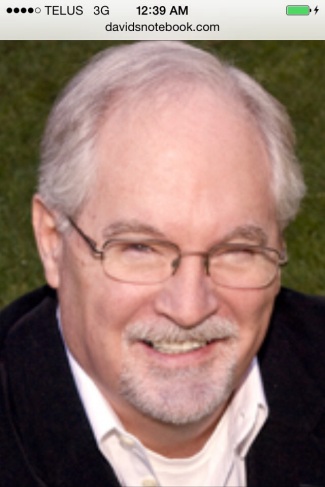